TIPS AND PRODUCTS FROM MENCARE

Differences between the female and male skin

A succesfull man these days not only has to have stable work, family and friends, but also wants to look good. Cosmetic products used to be purely female attributes but that became a thing of the past long time ago. Today cosmetic products made specially for men became part of everyday life, help to solve specific problems and to keep in mind their preferences. The reason for that, is not only different perception, for example; fragrances, but also different lifestyles and the number of scientific characteristics.

The structure of the male skin is considerably different from a females skin texture, because of the hormonal profile differs, which has a great influence on the skin. A male’s outer protective skin layer (epidermis) is 20% thicker than a female’s outer skin. It’s firmer and harder to exposures, as well as more capable of retaining moisture. Regardless of age, a males’s skin is richer in collagen that gives it more strength and firmness than a female’s.

A male skin is inclined for faster cell renewal, has better protection and less prone to skin damage. Besides that, a male skin is oilier. The reasons for that are hormones that regulate sebaceous glands activity. On one hand, a male skin is less susceptible to negative influence with that, on the other hand – the more visible skin pores prone to a range of problems.

When a male skin gets  insufficient attention, conditions in early teens leads by men to acne scars.

A male lifestyle and a habit of caring, tell upon skin condition. Most of the men don’t pay that much attention to skin and hair care. Everyday shaving is the main factor in the process of which hairs as well as skin particles are frequently cut off. Continues skin damaging provokes irritation, desquamation, dryness and skin tension. Thus making the skin more sensitive. That is why all men who prefer wet shaving, are recommended to use not just shaving products (shaving cream or foam), but also after-shave, balm or lotion, to help the skin repair after shaving. This will reduce negative influence on skin condition and make it look healthier, makes the facial skin feel less irritive and helps the skin to repair itself.

In addition the age-related changes of hormonal profile of a man after 30 most likely, frequently lead to hair loss problems. In this case shampoos and conditioners intended to minimize the consequences of this problem come to your aid.

1. Go with the flow, not against the grain!

The biggest mistake men make when it comes to shaving is shaving against the grain. Most men shave against the direction of the facial hair growth, because that way it gets you a closer shave. But at the same time, the blade often cuts the surface underneath of the hair follicle and results in inflammated skin. The solution is to shave in the direction that feels smooth. Just do one shaving stroke on each area of the face, so you’re not shaving repeatedly in one area.

2. Moisture the face with water

Shaving dry will hurt your skin and causes more damage to the skin, these are facts. This causes more friction for the blade on the facial skin, and leads to multiple shave strokes with the razor that will increase the odds of getting cuts, acne and ingrown hairs. Even putting on some shaving cream alone is not enough. Get wet instead, and your skin will thank you. The advice we would like to give to people with sensitive skin and have a hard time shaving is to shave in the shower or immediately after. That’s because the hair and the skin is moist and more supple, so it will be easier to shave. Once the skin is wet and warm you could use a mild shave gel, or there are some excellent shave creams that lubricates the skin, and soften the hair. Let that stay on the skin for a minute or two before you start to shave.

Five blades. Battery powered blades! About every year or so manufacturers seem to release new multi-blade razors, but for those with sensitive skin, acne-prone skin or ingrown hairs, sometimes less blades is better. Ingrown hairs happen most often in people with curly hair, coarse hair, or hair that grows in different directions. If you cut it short, as it grows out, it tends to drill into the nearby skin, almost like a thin splinter, and it creates little red bumps. The multi-blade razors allow you to shave nicely in one pass, so for people who have skin that is irritated by multiple shaves, that would help. But for people who have ingrown hairs, it’s best to use a two blade razor, because it doesn’t cut as close.
We also advise to watch out for nickel allergies. You may notice your skin gets irritated from the back of your watch, or the snap on jeans underneath the bellybutton. If you have an allergy, you may need to use titanium blade razors instead of nickle razor blades.

4. Try not to use aftershave and/or scented products

While more and more luxury men’s product lines are appearing on cosmetic shelves, many contain dyes and scents that can aggravate and irritate men’s skin. Although fragrances are the big thing these days, the term unscented alone, or fragrance-free, doesn’t mean it’doesn’t contain any fragrance, ironically because they can use what are called masking fragrances. What you should look for on the packaging are the words sensitive skin. One of the biggest skincare deceptions is aftershave. Aftershaves are most used for their fragrance, they tend to sting, and they’re not ment for people with sensitive skin at all. You’re better off applying a light, oil-free moisturizer while the skin is still damp.

5. Be aware of acne triggering products

Zits happen, doesn’t matter what age. Acne is not just a teenagers problem, it’s a condition that a lot of men can have well into their adult life. Men have on average, a bit more oil in their skin than women, because testosterone stimulates sebum production in the hair follicles. A way you can prevent this troublesome breakout is to just buy shaving and skincare products that have the words“oil-free” or “non-comedogenic”. 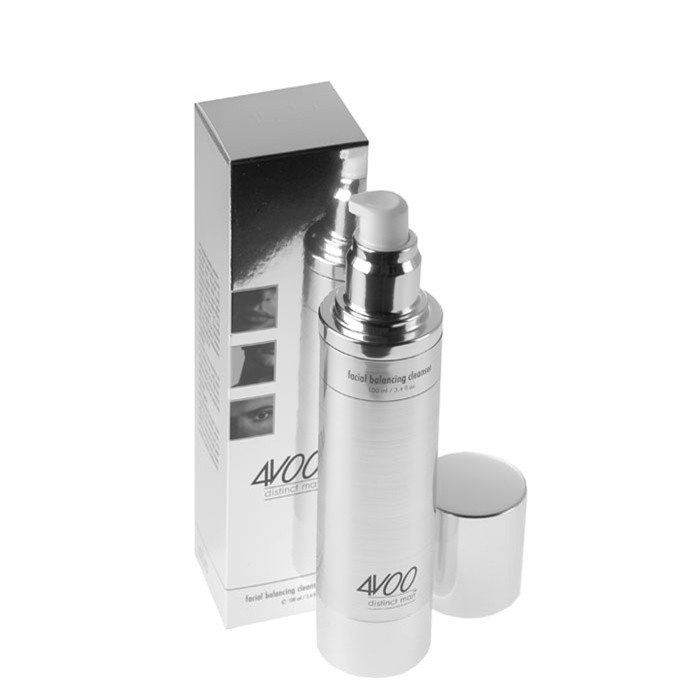 Non-comedogenic means it doesn’t cause blackheads or whiteheads. Oil-free mostly means the same thing, but if it says non-comedogenic that’s even better. This means it probably has been tested. For mild to moderate acne, we suggest a non-comedogenic cleanser that contains salicylic acid or benzyl peroxide.

6. Avoid using too much moisturizer

Many people wonder about what moisterizer they should use. If you have a dry skin, we suggests choosing a moisturizer carefully and use it only while you have a wet skin. Moisturizers should be used on damp skin, usually after washing your face or after taking a shower (a few times should suffice). It should preferably be an oil-free, non-comedogenic moisturizing lotion . Creams tend to be heavier, and may result in clogged pores.

7. Sun exposure, be smart about it

If it’s one thing men often overlook, it is sunscreen. If you’re not indoors a lot (yes, even in the winter) you’re unprotected from the suns ultraviolet rays, and it adds up, it’s a cumulative dose effect. It also goes through windshield glass in cars if you’re driving a lot. In the dry winter months we recommend that men use a moisturizer with sunscreen in it. There are a lot of good non-comedogenic lotions that contain sunscreen, and we recommend no less than Sun Protection Factor 30.